Many years had passed since Five Nights at Freddy’s 2, this time there is a reopening of Fazbear Freddy’s Pizza. Because of the many unfortunate and tragic events that happened in the past, the owner decide to make it a horror attraction called the Fazbear Fright. Only one animatronic (Springtrap) is still functioning properly and your new job as the night guard job just like the first Five Nights at Freddy’s and second Five Nights at Freddy’s 2 is to keep a lookout for unusual events on the security camera. Little did you know murderous animatronics from the past still haunt the place and which will surely disturb your nights! Your office has a desk, a glowing surveillance monitor, a softly buzzing fan, and many things creeping in the darkness. Be prepared to scream. As random stuff jumps out at you. Great scare-fests game. This is a fan-made version created on MIT Scratch. Originally developed by Scott Cawthon.
DO YOU LIKE THIS GAME? 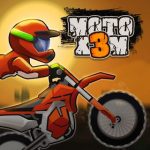 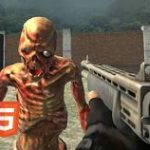 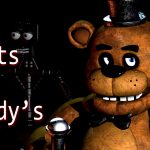