Checkers is a board game played between two players, who alternate moves. The player who cannot move, because he has no pieces, or because all of his pieces are blocked, loses the game. Players can resign or agree to draws. The starting position is with each player having twelve pieces, on the twelve dark squares closest to his edge of the board. Notice that in checker diagrams, the pieces are usually placed on the light colored squares, for readability. On a real board they are on the dark squares. Moving: A piece which is not a king can move one square, diagonally, forward, as in the diagram at the right. A king can move one square diagonally, forward or backward. A piece (piece or king) can only move to a vacant square. A move can also consist of one or more jumps. Jumping: You capture an opponent's piece (piece or king) by jumping over it, diagonally, to the adjacent vacant square beyond it. The three squares must be lined up (diagonally adjacent) as in the diagram at the left: your jumping piece (piece or king), opponent's piece (piece or king), empty square. A king can jump diagonally, forward or backward. A piece which is not a king, can only jump diagonally forward. You can make a multiple jump with one piece only, by jumping to empty square to empty square. In a multiple jump, the jumping piece or king can change directions, jumping first in one direction and then in another direction. You can only jump one piece with any given jump, but you can jump several pieces with a move of several jumps. You remove the jumped pieces from the board. You cannot jump your own piece. You cannot jump the same piece twice, in the same move. If you can jump, you must. And, a multiple jump must be completed; you cannot stop part way through a multiple jump. If you have a choice of jumps, you can choose among them, regardless of whether some of them are multiple, or not. A piece, whether it is a king or not, can jump a king. Kinging: When a piece reaches the last row (the King Row), it becomes a King. A second checker is placed on top of that one, by the opponent. A piece that has just kinged, cannot continue jumping pieces, until the next move. Red moves first. The players take turns moving. You can make only one move per turn. You must move. If you cannot move, you lose. Players normally choose colors at random, and then alternate colors in subsequent games. GOOD LUCK!
DO YOU LIKE THIS GAME?

1.46K
Board Games Mobile Games
Deal or No Deal 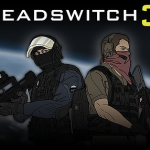 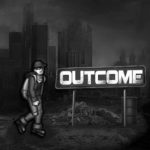 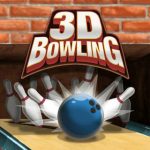 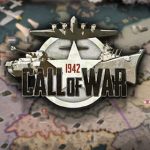 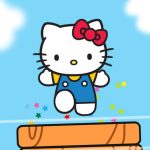